Hackathons are Overrated for Casuals and Non-Coders 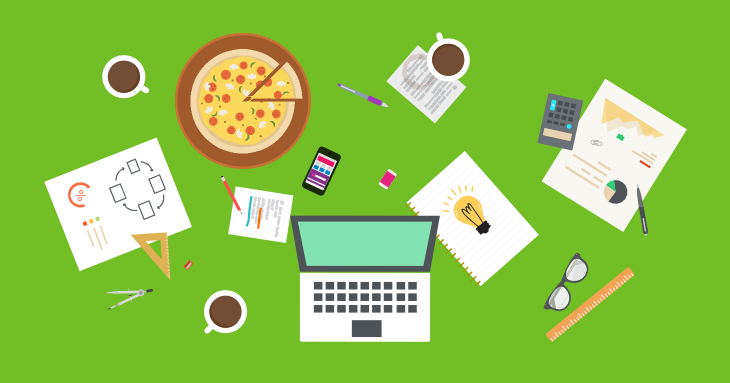 Hackathons have been hyped up for years as a hipster event to meet bright individuals and build ideas together. The endless praise for them inspired me to give it a try too. Now with a weekend of junk food, free swag, and sleep deprivation under my belt, I’ve come to a conclusion that hackathons are overrated for non-developers.

My first and only hackathon experience

During my first year of engineering, I decided to put my coding skills to the test. I wasn’t a professional developer by any means, but I had some experience creating websites and developing Android apps.

Motive for joining a hackathon

Despite my coding background, I wasn’t interested in hackathons because I didn’t see myself pursuing a software development career. However, everyone raved about the opportunities to learn new skills, build impressive portfolios, and meet innovative people. Furthermore, the underlying promise of securing my first internship with hackathon projects made it extremely appealing.

I gathered three classmates for a school organized, 24 hour, Saturday 7pm to Sunday 7pm, hackathon. We came up with the idea of a mobile app for the school’s job board. It definitely wasn’t a super creative idea, but we wanted to make something that was useful to all of us.

On Saturday evening, we were one of the first groups to arrive at the campus computer lab. We greeted the event organizers and took seats near the center of the room.

The Twitter hashtag feed projected on the concrete walls hid the fact that the lab had no windows. Sponsorship banner stands displayed around the room gave us an idea of which recruiters we could run into. As students spread themselves across the tables, ambient chatter filled the rooms. It felt like a giant LAN party and it got me pretty excited!

The first few hours was probably most productive. My team and I had coding experience but none of us had ever developed a proper Android app. We were on Stack Overflow most of the time and learned how to implement a navigation drawer and a listview menu.

Around 4 in the morning, we started running into major roadblocks in our code. Our template was breaking down and one of the graphics weren’t showing properly. At this point Stack Overflow wasn’t able to help anymore and we were getting sleepy. We started napping, but I couldn’t get more than 30 minutes of sleep. The fluorescent lights were eternally on, so we used our jackets as blankets and slept on chairs. My teammates and I would come to consciousness every now and then, type a line of code, and fall back asleep. This self-induced jet lag was incredibly uncomfortable. At one point during the night I wondered if I was trapped in some purgatory for the weekend.

I don’t know if the sun came up because there were no windows, but I’m assuming it did when the organizers had us line up for coffee and donuts. I would have preferred a healthier breakfast, but I’ll take what I can get. We also had sandwiches for lunch, which was slightly better. Additionally, code progress was already slowed to a crawl, but the introduction of food halted it to a full stop.

Presumably in the afternoon, the sponsors held a game of trivia. If you answered correctly, you win their freebies. I didn’t know any of the answers, so I didn’t win anything. But I still got a shirt, because they had an extra women’s small t-shirt.

It’s a very nice T-shirt and my greatest hackathon accomplishment.

As the evening rolled in, the work session came to a close. Organizers went around to judge everyone’s projects. When they came to us, we were only able to demo some graphics and a listing of hypothetical jobs. We were too exhausted to learn how to link the school’s job listings to the app, so we used dummy data. Needless to say, we didn’t make the top ten cut off.

They proceeded to present the top ten projects. I remember seeing a beer pong simulator and a guitar simulator, and it blew my mind that four people could make these in less than 24 hours.

After the winners were announced, I zombie-walked home and slept until Monday morning classes.

Despite hackathons claiming that they’re non-coder friendly, they really aren’t. With such a short amount of time plus serious sleep deprivation, it’s very difficult to learn anything. The whole experience was very exhausting and we had nothing to show for our efforts. Like many other hackathon projects, the app was soon buried in the depths of GitHub.

I know there’s definitely hackathon projects that end up “making it” and that’s great! These exceptional projects require dedication, teamwork, and strong technical skills. Additionally, hackathons are a great way to meet people who might be interested in your idea. But for non-developers, it can be very difficult to demonstrate ideas when you’re struggling to get the basics running.

As hyped as it is, hackathons aren’t for everyone, especially non-coders. The whole experience felt like a hybrid between a glorified resume padder and a hipster sleepover. If I ever do it again, I’m taking it easy and bringing a sleepbag.

Writing a Resume with No Work Experience

Giving Up Hobbies to Study Engineering

It’s no secret that studying engineering can be difficult and time consuming. Many students find...

In my first year of engineering, I spent hours building a web resume to showcase...

Fast Breakfast Ideas for People with No Time

Whether it’s morning lectures or the 9-to-5 grind, many people find themselves neglecting the first...

There’s a theory that offices are uncomfortable to increase productivity and decrease fatigue. It might...