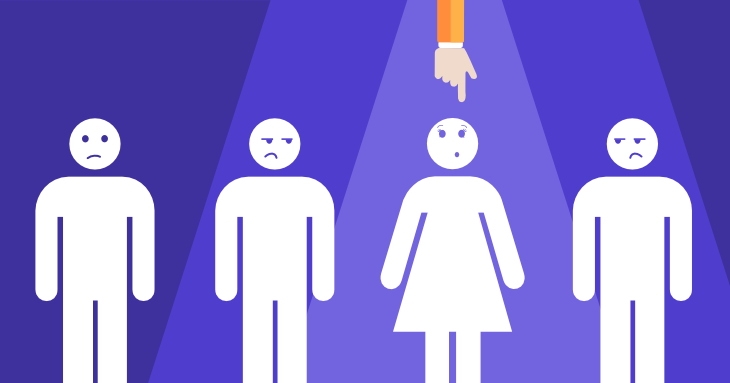 Traditionally male dominated fields are now encouraging diversity by giving more opportunities to women. While the number of women in STEM have skyrocketed, consequences of affirmative action exist as well. A noticeable issue is the stigma of incompetence surrounding women in these fields.

These days, every company seems to be pushing the workplace diversity agenda. With government and companies actively working towards diversity, I can’t help but wonder whether this is truly a step in the right direction. I’m all for a competent and diverse workforce, but affirmative action has unintended consequences which work against women in STEM. To explain this, let’s start from the beginning:

There are many possible explanations for the imbalanced gender ratios in STEM. There’s lack of role models, outdated stereotypes, and unfair biases. While it’s hard to pinpoint the exact reason, these ideas can influence everyone whether they’re aware of it or not.

Young women may have trouble imagining themselves in STEM because there aren’t many female role models. Stereotypical male scientists and engineers can also create a bias against women, because they don’t fit the “ideal” image. These reasons contribute to the traditional mindset that women are not as qualified as men, which society is trying to fight against today.

These days, organizations have turned to affirmative action. By giving more opportunities for industry minorities, traditional barriers can be broken and a diverse workforce can be accepted as the new norm. This is a good idea in theory, but plays out much differently in real life.

Companies and schools have many ways to practice affirmation action, including gender targeted outreach and keeping track of progress with minority members. Many also speculate that quotas (which are illegal in some countries) exist, and are applied behind closed doors.

As diversity increases, speculation about the competence of women in STEM rises as well. Here’s some comments I’ve heard that illustrates the stigma.

“You’re only doing so well because you’re friends with Andy and Bill.”

I was so shocked someone could say this to my face. In the moment, I laughed it off. However, it got me wondering if my success was credited to my male friends.

“They need affirmative action because without it, there would be no women engineers.”

– Colleague (funny enough, his mother is an engineer)

“You only made the cutoff because they needed more girls in STEM.”

Was everything handed to me because I’m a girl? Were my job offers and college acceptances given to meet some gender quota?

“My boss keeps asking me if these [foreign] names are girls. Ladies, put your English names on your resume, they want you!”

– Former intern at an unnamed company

Now I’m really convinced that there’s some gender quota. Was I happy that I was favored among other candidates? Not like this. Why did I work so hard when they just took any girl?

Though it’s not everyday, comments like these pop up once in awhile. As silly as these comments are, it creates quite a hostile environment.

I understand where the anger comes from. Why should a less qualified woman be selected in place of a more qualified man? It’s absolutely unfair to qualified men and devalues qualified women.

Stigma leads to speculation and self-doubt

As much as affirmative action claims to help girls in STEM, it can actually works against competent women.

A woman finding success in STEM can come off as undeserving due to her extra opportunities. Her peers may wonder if her achievements are credited to her gender rather than her capabilities.

In many cases, women start doubting themselves as well. This stigma in combination with other social influences could possibly explain why impostor syndrome is so prevalent among women in engineering.

Successful women are often met with doubt by either their peers or themselves. This creates an uncomfortable work environment for everyone. Suspicion on the qualifications of women professionals can making it more challenging to feel accepted in the world of STEM. Ironically, this challenge is one of the very issues that affirmative action was meant to solve in the first place.

Impostor syndrome is a concept that is prevalent among high achievers across all industries. This condition...

Occasionally workplace companionship blossoms into an office romance, but not everyone is comfortable with this. Mistaking...

Apparently, in the world of STEM, girls don’t exist. And when they do exist, they look like...

Studies have recommended that women opt for skirts in their job interviews as it helps them...

Studying Engineering without Passion: You Are Not Alone

We’ve all heard of the superstar engineers, the dreamers who make the world a better place....

Lack of Female Friends in Engineering

Diverse friendships are crucial for personal development and growth. As a girl in engineering, you may...